What kind of sound does an owl make? 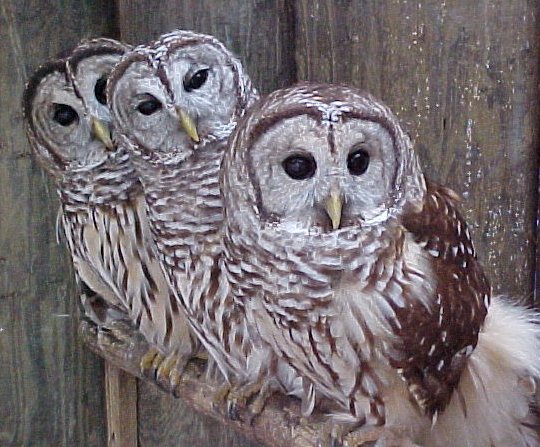 It is not easy to spot an owl, but you will hear one!

Different kinds of owls make different sounds.  Just like us.  We do not sound alike when we speak.

Just like people, some owls talk a lot, some are quieter and hardly speak.

Some owls, like the great horned owl, seem to say, "who-o-o, who-o-o" when they hoot.

Others whistle, his, click, or chatter.  When owls get angry, however, they all snap their beaks or click their tongues and hiss-s-s-s.

One owl even makes a rasp that sounds like a rattlesnake.

Owls make different sounds for different reasons. An owl hoots to claim its territory and to attract a mate.  They "talk" to warn their enemies, court mates, and to call other owls.  A male barn owl chants:  whee-tuh...whee-tuh... whee-tuh..." to court a mate.  A female spotted owl whistles softly whenever she leaves or returns to her nest. 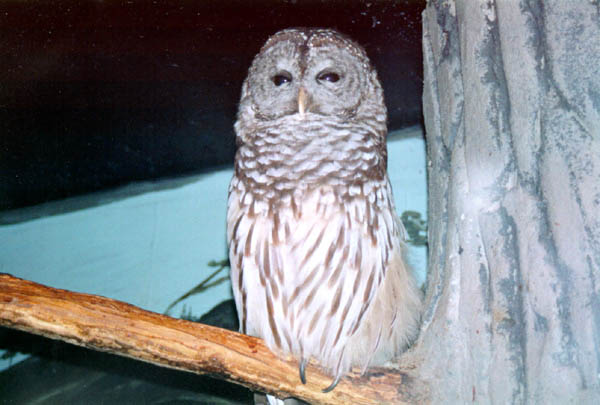 Two barred owls that are perched in different trees call to each other loudly, "HOO-HOO-HOO."  Barred owls are the chattiest owls in North America.  They talk day and night, hooting, squealing, shrieking, whistling, trilling, grumbling--even barking.  They are best known, however, for a call that sounds like, "Who cooks for you.. who cooks for you-all?" (The owl sound you heard when this page loaded was from a barred owl.)

Big owls have deeper voices than smaller ones. 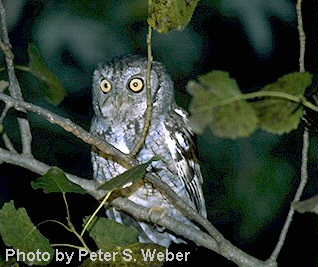 Some owls, such as great horned owls, and screech owls, have tufts of feathers on the tops of their heads.  They look like ears, but they help the owl talk-not hear.  Standing up and forward, the tufts mean, "Stay out of my territory." Pressed down and back they say, "Aw, be nice." (Picture is an Eastern screech owl.)

The word owl may in fact come from the hooting sound that the bird makes.