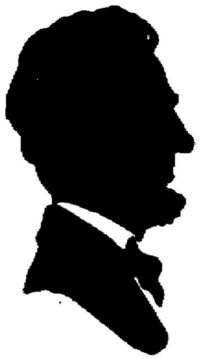 But, oh, how rich his life!

May we learn the lesson that

This thought of Lincoln brings;

Life never can be measured well

By its material things.

Whereas, on the twenty-second day of September, in the year of our Lord one thousand eight hundred and sixty-two, a proclamation was issued by the President of the United States, containing, among other things, the following, to wit:

"That on the first day of January, in the year of our Lord one thousand eight hundred and sixty-three, all persons held as slaves within any State or designated part of a State, the people whereof shall then be in rebellion against the United States, shall be then, thenceforward, and forever free; and the Executive Government of the United States, including the military and naval authority thereof, will recognize and maintain the freedom of such persons, and will do no act or acts to repress such persons, or any of them, in any efforts they may make for their actual freedom.

Many stories, they are told,
Many tales abound,
Of this great man who led our land,
The father of our country.

George Washington on the Web - Links to "everything Washington.

George Washington's Mount Vernon - Take a virtual of Washington's home......a wealth of resources to use in the classroom.

Lincoln and Washington--
They are remembered on
President's Day.
Two men in history
Who gave us liberty,
Oh, honor their memories
On this great day.

GOD BLESS AMERICA!
Click here for a class tribute
to those that made the
Ultimate Sacrifice
September 11, 2001