In 1909 Robert Peary placed a flag, sewn by his wife, at the North Pole. He also left pieces of another flag along the way. It is the only time a person has been honored for cutting the flag.

On August 14, 1945, the flag that flew over Pearl Harbor when it was attacked on December 7, 1941, is flown over the White House when the Japanese accept terms of surrender. 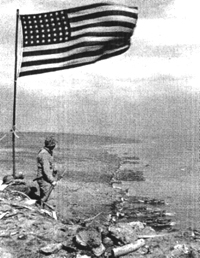 U.S. NAVAL HISTORICAL CENTER. The second American flag flies triumphantly over Iwo Jima. The first flag to be raised on Mount Suribachi was considered too small to be recognized at a distance, and a larger banner was obtained from LST-779.  Little did young Navy Lieutenant j.g. Alan Wood know that the discarded flag he salvaged at Pearl Harbor would become a revered icon of American bravery and determination.

The Marine Corps War Memorial stands as a symbol of this grateful Nation's esteem for the honored dead of the U.S. Marine Corps. While the statue depicts one of the most famous incidents of World War II, the memorial is dedicated to all Marines who have given their lives in the defense of the United States since 1775.

In 1963, Barry Bishop placed the flag on top of Mount Everest. 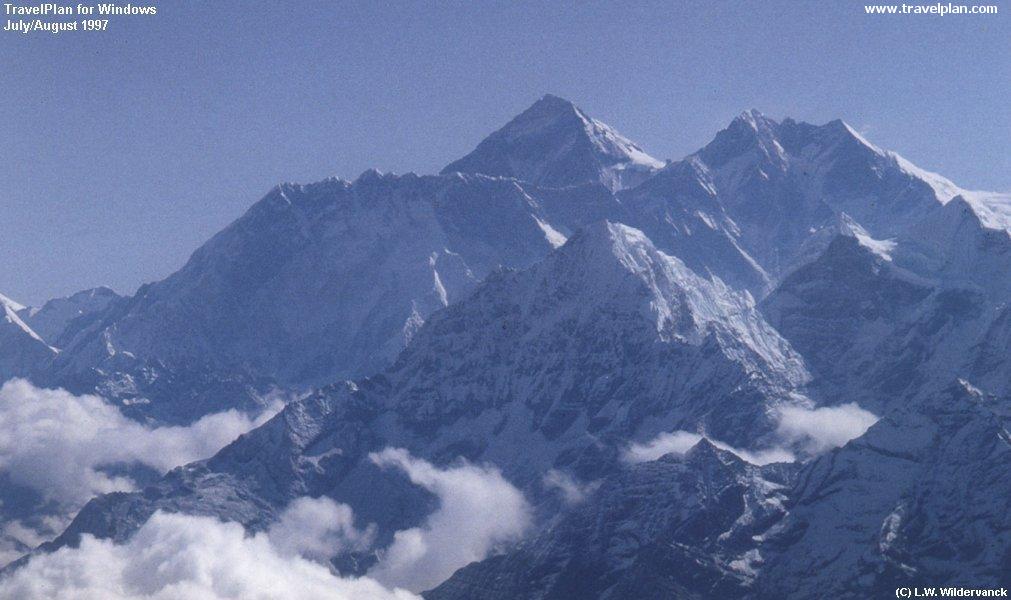 In July 20,1969 the American flag was "flown" in space when Neil Armstrong placed it on the moon.

The first time the American flag was flown overseas on a foreign fort was in Libya, over