There is a right way and a wrong way to display the flag.  The American flag should be held in the highest of regards. It represents our nation and the many people who gave their lives for our country and our flag. Here are the basics on displaying  the American flag: 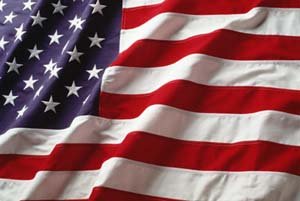 Did you Know? There is a very special ceremony for retiring the flag by burning it. It is a ceremony everyone should see. Your local Boy Scout group knows the proper ceremony and performs it on a regular basis. If you have an old flag, give it to them. And, attend the ceremony.