The Great Plains cover miles and miles of open rolling country in the middle of the United States.  The Indians who lived there were called the Plains Indians. 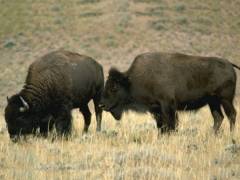 Before white people came to America few Indians lived on the Great Plains.  The ones who did lived near rivers and streams, where the woman grew crops like corn, beans, and squash.  The men hunted deer, elk, and sometimes buffalo.  Hunting on food though was very difficult. 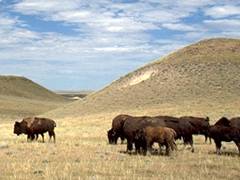 This way of life changed after the Spanish came to America.  The Spanish brought horses with them.  When some of these horses went wild, the Indians learned how to tame them and even ride them.  Suddenly, hunting the many thousands of buffalo that roamed the Great Plains became much easier.