What is Cinco de Mayo?

Mexico's famous Battle of Puebla took place on Cinco de Mayo (the fifth of May) in 1862. On that day, the Mexican army, under the command of General Ignacio Zaragosa, defeated an invading force of the French army despite being outnumbered two to one.

General Zaragosa used his cavalry to outmaneuver and route the French army. The victory prevented the French from setting up a monarchy in Mexico and is one of the most glorious victories in Mexican history.

Celebrating Cinco de Mayo has become increasingly popular along the U.S.-Mexico border and in parts of the U.S. that have a high population of people with a Mexican heritage. In these areas the holiday is a celebration of Mexican culture, of food, music, beverage and customs unique to Mexico. 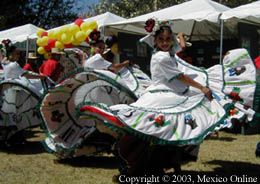 Commercial interests in the United States and Mexico have also been successful in promoting the holiday, with products and services focused on Mexican food, beverage and festive items. Increasingly more cities in the U.S. and Mexico catering to a festive consumer are also more than happy to provide a venue to celebrate, so that Cinco de Mayo is becoming adopted into the holiday calendar of more and more people every year. It celebrates freedom and liberty!